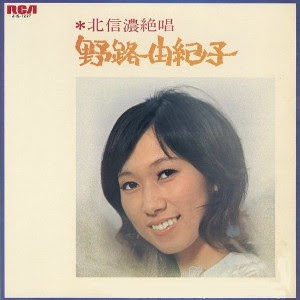 野路由紀子 was an enka singer from the 1970s. enka is forever a genre that i will find to be particularly spooky. something about it just sends chills up and down my spine, particularly when it's done well (like on this record). it's hard to say there are really any standout tracks on this album, but overall the album is really fantastic. perhaps the standout for me, if i had to pick one, would be track eight. there's something really weird about it that i love the shit out of. it might be the creepy saxophone, and something about the filter on her voice is just really strange to me. 1.北信濃絶唱 2.北国慕情 3.ふるさとは遠いけど 4.小っちゃな恋の思い出 5.初恋は京都のひと 6.さざんかの花咲く頃 7.下町育ち 8.他人船 9.北上夜曲 10.長崎の夜はむらさき 11.北帰行 12.由紀子のふるさと日記 ENJOY
Posted by Loser Knife at 5:37:00 PM 9 comments: 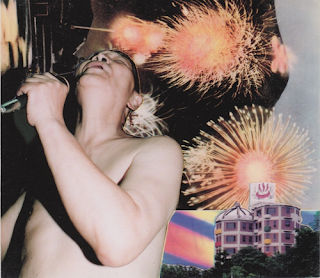 GO CHECK OUT THE JOINT REVIEW OF 폭발1초전 OVER AT HABIT OF SEX
:3 the album will blow your fucking mind.
Posted by Loser Knife at 2:07:00 PM 3 comments:

Labels: pon-chak, pop, what the fuck 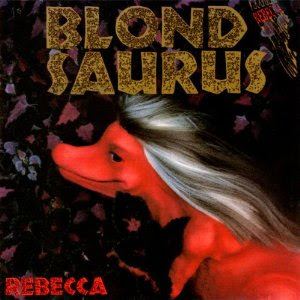 BLOND SAURUS was ＲＥＢＥＣＣＡ's last album. it's also one of their best.

the first track is jammed pack with sex. as a mechanically manipulated voice growls "blond saurus", nokko moans/sighs, over a absolutely perfect synth track and electronic drums, as an electric guitar strums a very new wave riff in the background. and then nokko begins to sing and absolutely blows out the entire fucking track. this really gives a good indication of what the rest of the album is going to sound like; 80s pop played with synths and electric guitars. and while all of the music here is fantastic, its nokko's voice that murders me. it constantly borders between childlike innocence and full grown sexuality. it's stunning.

there's really only one stinker on this album, and that's "When You Dance With Me". it's just so, so dull. what's impressive though is nokko's control over her english pronunciations. a friend of mine pointed out before that they could have done excellently in america in the 80s if they had sung in english (as that is the primary thing that stops foreign bands from succeeding in america, or so i imagine). on the final track (which is based upon the first track, but is lighter and more dreamlike, with different lyrics) her english is perfect, even if the lyrics are kinda derpy. so what gives, ＲＥＢＥＣＣＡ? why didn't you strive for american success? oh well.

it's a fantastic album, so download this right fucking now.

Mark Berndt - In Memory of Steve☭Jobs 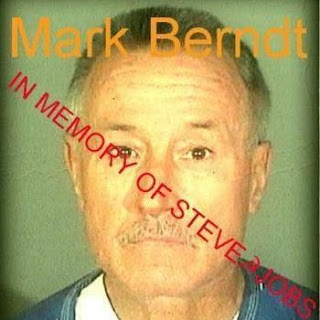 here is an album i've recently enjoyed by a group (?) known as Mark Berndt. his/their name is a direct reference to one Mark Berndt of LA, who was a school teacher. he taught latino children, as far as i know (meaning children who were still learning english). while he had been described as a very good teacher, in february he began taking pictures of his students. in these pictures, the tied up children could be seen with cockroaches crawling upon their faces, as well as semen being spoon fed to them. mark was clearly living the dream . . . or, at least until he got caught.

anyways, this is a noise project dedicated to him. overall it is a pretty damn good album, and while i can't say it really makes me think of the man it's dedicated to (very rarely can a noise concept album capture a concept while remaining so harsh throughout). the album mostly seems to be made up of very harsh feedback, distortion, and what sounds to me like banging and crashing metal. it begins with two fairly short pieces (the first almost sounding like a mentally challenged Masonna) and then moves on to the real meat of the album: a thirty minute long track entitled "Bitch Can Fucking Die (1: I Don't Want Your Pity, 2: I'll Return The Pain You Caused To Me)". 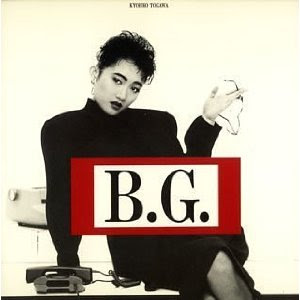 戸川京子 is perhaps best known now as being the younger sister of 戸川純 (a.k.a. god). unlike her sister, the music she performed was much more idol and much less avant-garde. all the same, there is quite a bit of experimentation on this album. a particularly favorite track for me would have to be the second track, "Hawaiiに行きたい". it begins as a very melancholic sounding ballad, but after about a minute into the song there is a very sudden transformation into this very tropical (hawaiian, to be precise) sounding piece of music. the hawaiian bit is absolutely giddy in it's sheer joy and innocence, but soon it's cut off and the ballad returns . . . only to transform back into the lei adorned ode to the popular japanese vacation spot yet again. the effect is very jarring, as your mood as a listener of this song is constantly being assaulted by these abrupt change in atmosphere and feeling. it's fantastic, of course. it's actually become one of my all time favorite songs from the genre.

ANYWAYS ON TO THE REST OF THE ALBUM. it's consistently awesome. it frustrates me ever so much that her sister, jun, shall always overshadow her. of course, jun is superior (but then, jun is superior to most musicians, no matter the genre), but that's beside the point; kyoko had plenty of talent. her willingness to be playful and weird: on the fourth track, "責任とってよ", she and a male vocalist "rap". it kinda reminds me of 塊魂's soundtrack . . . if 塊魂's soundtrack had been recorded in the 80s. oh yeah, while i'm still on this track, i think her sister can be heard shouting the chorus at about the half-way mark . . . speaking of jun, the one time on this album where kyoko really reminds me of her sister is on the track "悲しみはリアルすぎて…". she sings in a crooning, seductive sort of way (think of the way jun sings in YAPOOS' classic "Barbara Sexaroid").

over all, the album is absolutely stunningly fun to listen to. it's joyous and giddy and silly. there are few albums that cheer me up when i'm feeling the blues (which is surprisingly rare for someone who primarily blogs about post-punk and "introspective idol-pop"). this is all very bitter sweet, of course, because on a hot summer day in july of 2002 she committed suicide. this shouldn't come as a surprise to longtime fans of togawa jun; jun herself has attempted to end her life at least once (supposedly she has visible scars from said attempts). 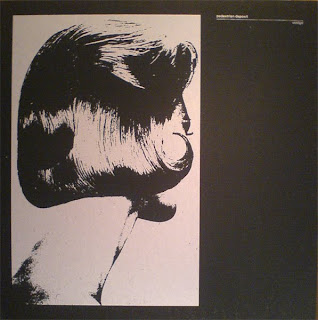 by request, here's an album by the noise project Pedestrian Deposit. because of their use of ambient calm between harsh waves of noise they really create a rather lovely sound, as opposed to one that is threatening (like a good portion of the noise i enjoy). this album is a particularly good example of their sound.

the first track, "Angora", begins with some sort of looped string sample, reversed. it's not unpleasant. this is quickly cut short by loud blasts of feedback, which then falters for but a moment before starting up again in full force. the track stutters and can't decide if it wants to be an ambient piece or a noise piece, and the effect it has upon my ears as i listen is very jarring. i get drawn in towards the haunting ambient bits only to be slapped across the face when, out of nowhere, the noise portions of the track blast out of nowhere yet again. the track ends with a very soft ambient blipping sound.

track two: "Ideal". we begin with a crumbling sound that quickly degenerates into a buzzing whine, which then fades away into a echoing ambiance, and after about a minute or so into the track we are treated with a melancholic guitar strumming, surrounded by what sounds like rain falling in the distance. the guitar mutates into a synthesizer, and it's an absolutely beautiful sound. it finally mutates again so that it's clear that it's a guitar, but now the sound is reversed (it's still playing the same repeating tune, so it's very strange sounding).

track three, "An Examination", is the real centerpiece for this album. it begins with a very high pitched feedback sound, layered under and over a crackling static sound. it's not terribly loud at first, but soon fixes itself, and the track roars to life. around the two minute mark there is this fascinating whirring sound going on that i have to sit up and listen to any time i hear it.
by the time three minutes have passed, the sounds become more natural sounding. we hear echos of metal crashing and scraping against metal. this is the sound of an construction site cannibalizing itself.

track four, "Asphyxiate", is a rather spooky ambient piece. for the most part it is a rather long build up, until around the four minute mark where we start to hear some gorgeous melodies playing below the rumbling industrial sounds (by industrial i mean like a warehouse). the track comes to and end with the sound of blowing wind and a light tinkling glass sound, as well as church bells.

the final track, "Materialism", is another beautiful ambient track. there is certainly a chord progression here, but it's rather subtle. if you're listening close enough you'll get to hear a very lovely song. probably my favorite track on the album.